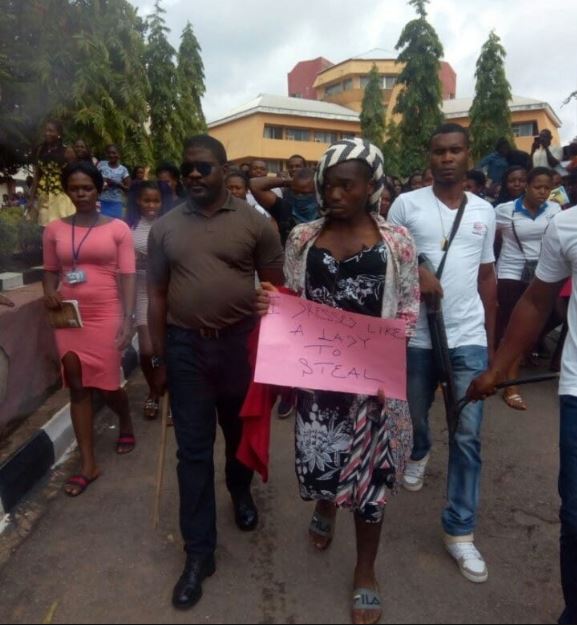 A young man has been nabbed in the act after dressing up as a woman to break inside a female hotel to steal.

The young man was caught after he disguised as a female to gain entrance into the female hostel with the sole aim of stealing.
Local reports show that he was caught in the act and was paraded by the school’s Anti-Cult Squad.
As he was paraded, he was made to hold a placard that reads: “I dressed like a lady to steal.”
Filed Under: university news on Thursday, 28 June 2018

What are you waiting for,get our latest news for free now by entering your email